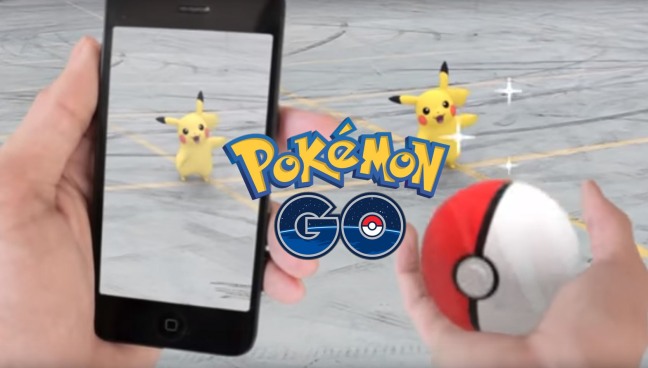 Surely by now you’ve heard about Pokemon Go – this summer’s biggest new video game and one of the most popular video games of recent times.  Admittedly, I’m not much of a video game person.  My brother and I shared a Nintendo – the original – when we were young children, but I never played much beyond the original Super Mario Brothers.  So I’ve had to do some research to catch up on this Pokemon Go craze.

The premise of Pokemon Go is rather simple: Players, using a smartphone (iPhone or Android), create an online/virtual “character” that moves through the real world to “catch” 151 different Pokemon creatures.  Players must physically move through the real world to move their “character” through the game’s map.  Along the way are “Pokestops” – real-life buildings and landmarks – where players can earn “bonus points,” increase the strength/endurance of their “character,” and interact with other players.  As a matter of technology, this is rather intriguing: the virtual gaming world and the real world are coming together as they never have before!

The great news for us is that from the launching of this game in mid-July, our church has served as a Pokestop.  This means Pokemon Go players have to physically spend time at our church as part of the game!  If all of this seems too complicated for comprehension, don’t worry… here’s the simple real-world reality: Young people (mostly under the age of 30) are spending a LOT of time at our church because of this online game.  And while some churches are viewing this as a nuisance, I see an opportunity for ministry!

You may have already noticed (and are sure to continue to notice) groups of young people loitering, all with their faces glued to their phones, around our church building.  This is a good thing!  By God’s peculiar methods, we’ve been presented a valuable opportunity to connect with a demographic noticeably absent from our church.  Even before this game’s release, our church sees regular foot traffic and loitering, due in large part to our proximity to the library, MCT bus terminal, and nearby housing.  So how can you respond when you see people just hanging around the church?  In short, think “hospitality in the name of Christ.”

Lots of young people are roaming the streets of America playing Pokemon Go.  And, by circumstances beyond our control, our church has become a part of the game.  How would you like our church to be remembered by these young people?  As the friendly place that greeted them with warm hearts, welcoming them in and showing interest in their activities?  Here’s our chance!

The Pokemon Go players are here!  Are you ready?

Take a Look Around